Pipe Major Richard Smith is a fourth generation Scots, whose great-grandfather emigrated to the United States in the 1830’s. Richard has played the Great Highland Bagpipe for over 28 years, and was a member of a premier pipe band in Atlanta Georgia for 16 years, with the last six years as Pipe Major. Having moved to Blairsville Georgia in 2011, he joined the local bagpipe band, the Appalachian Saint Andrew’s Pipes and Drums, and became the Pipe Major in 2013. The Pipe Major of a bagpipe band is the musical director and leader of the band, and serves as the band instructor. He has taught many piping students, both individual one-on-one private instruction, as well as groups and one-on-one instruction in a pipe band setting. His students have ranged in age from 6 years old to senior adults, and most came to Richard having no prior experience on bagpipes, but some experienced pipers came to him, needing advanced instruction. In addition to Richard leading the pipe band at more than a dozen gigs each year, he plays at many weddings, funerals, memorials, church and Scottish events in the North Georgia mountain area.

Scottish fiddler Jessica Craig was born into a family rich with Scottish and Welsh heritage. She began her fiddling career at the age of 11 when she attended Jink and Diddle School of Scottish Fiddling. She attended the school for 7 years and also played competitively at many Scottish festivals and Highland games, often taking home gold and silver medals. Jessica graduated with honors from Young Harris College in 2010 and North Georgia College and State University (UNG) in 2012 with a degree in Vocal Performance. She has since kept up with her fiddling as a hobby and has focused her career on building a music lessons company with an emphasis on special education. She currently resides in Chicago, IL where she frequently plays Scottish Fiddling gigs around the Chicagoland area. 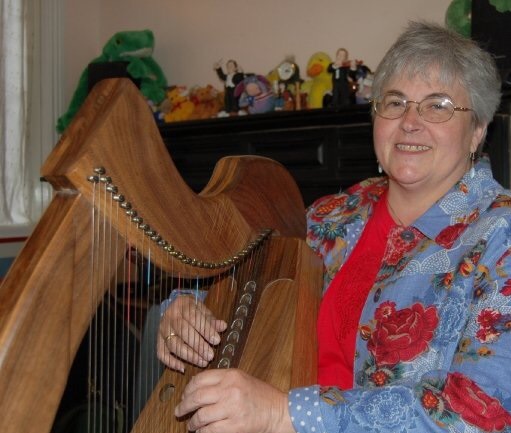 Three-time National Scottish Harp Champion Tracie Brown demonstrates the Scottish harp. Tracie will discuss the over 1000 year history of the harp in Scotland and perform Scottish music from the middle ages to the 21st century. She lives in the Athens, Georgia area, and performs as a soloist and with two ensembles – Stronger Than Tea (focusing on Scottish and Irish music of the 18th and 19th centuries) and The Gentry (traditional and contemporary music of Scotland, Ireland, and Brittany.) Tracie is a member of the Clan Lamont Society of North America.